(kino-zeit) Review: SOUL OF A BEAST

A film review by Harald Mühlbeyer

Best director, acting prize, film criticism prize at the Max Ophüls Prize Saarbrücken – no other film in the competition would have deserved these awards more. "Soul of a Beast" is, in terms of its plot, a coming-of-age drama about 18-year-old Gabriel, a young single father who falls in love with his best friend's girlfriend and at the same time fears that the Etepetete family his ex - and mother of son Jamie - takes the boy away from him. In terms of the staging, however, "Soul of a Beast" is an exceptional phenomenon, a feast for the senses, a trip into the unknown, an all-encompassing symphony of doom.

Gabriel lives as freely as possible with a two-year-old son - and finds himself trapped in a double melodrama: he has to fight for his child, he has to fight for his love: he has to escape from the past that is holding him down and wants to seize his future who eludes him. Director Lorenz Merzturns this individual drama into a great opera, in which images with background noise, the confusion of languages ​​of Zurich with High German and Swiss German, French and English are combined with the variety of music, from tragic blues to a light summer sound, and in between elegiac songs and an oriental -meditative-psychedelic flute aperçu. The light casts strong colors and strong shadows, the camera moves dynamically, as do the protagonists, who move through the streets of Zurich, where life takes place that they want to get a good glimpse of. 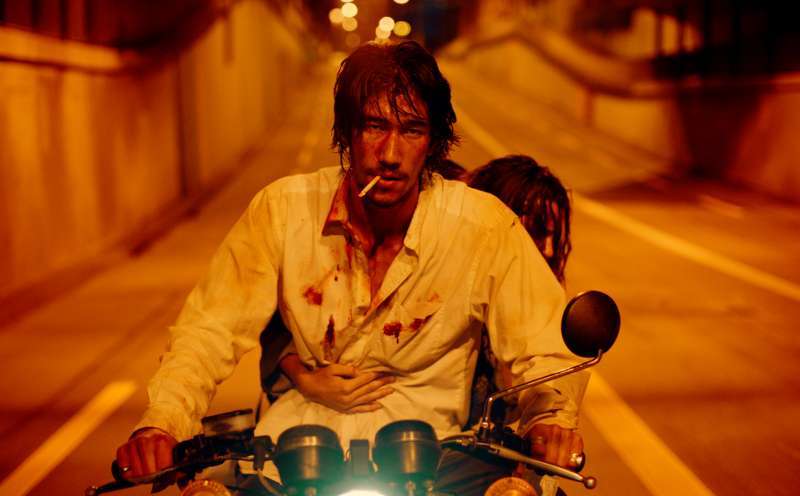 Gabriel lovingly and playfully takes care of his Jamie, they form a strong family community. And it pulls him out, to his friend Joel ( Tonatiuh Radzi ), where he meets Corry ( Ella Rumpf ), who casts a spell over him. They hang out together, Corry has mescaline with him, they break into the zoo at night, tigers and lions behind bars, a peacock, giraffes - a rush of images that sweeps away the viewer. In the news the next day: A zoo escape, cougars and giraffe escaped – zoo animals are wild animals too!

Against this background, the film unfolds its sophisticated, fascinating play in the intermediate realm of harsh reality and free fantasy, of this world and the afterlife. The hand clenched into a fist in front of the eyes makes passers-by disappear, a pistol formed from index finger and thumb makes an idiot fall over. In the forest, Gabriel and Corry perform as graceful big cats, in the bushes a sniper in full camouflage. Corry, on the way to Guatemala, leads Gabriel and Jamie into the heavenly realm of a garden, which is perhaps already the jungle.

Curfews are being imposed in the city, the pumas are dangerous (the film was shot in 2017, long before corona lockdowns!); Protests form on the street, it's a big open-air party and at the same time these are barricade fights against a martial state power - in between Gabriel is looking for his Corry, they wind their way through the crowd, the film was shot in the middle of a real demo with real burning cars and tear gas. In this way, Merz always ties his film to reality, and he always stylizes it into something higher, into an aesthetic experience and into a general truth.

Last but not least, Merz strongly links his work to Japanese cinema; not only by a Japanese narrator, not only by a microwave oven disappearing and making way for a samurai sword. Also through the aesthetic exaggeration, through the stringent concentration that we know from Asian cinema (as the master of it: Sion Sono ). Every action is also a ritual, everyday life becomes a shamanic ceremony, the inner totem animals have to be explored: moving is the death scene of the giraffe that escaped from the zoo, which is assigned to Gabriel's initiation.

"At 18, I experienced the overwhelming birth of my son and the death of my friends almost simultaneously ," says director Lorenz Merz: "In both moments, a raw perception of the world opened up - like catching a glimpse through a sudden crack in the empty blue sky can.” In Soul of a Beast he shows in an overwhelming cinematic experience how cracks open, how the world falls to pieces; the orbits of the stars have reversed. In the opening scene, Joel races through town on his motorbike, Gabriel behind him holds on to the machine on his skateboard, and the greatest thrill is weaving through cross traffic at a red light with your eyes closed – Soul of a Beasttakes the viewer on a similar potentially destructive, intoxicatingly mesmerizing, borderline sensual ride.