On the surface, Soul of a Beast (2021) is one of the most conventional narratives to have resurfaced in the foreign cinema circuit after such a long time. The three folds of time- past, present, and future, almost serve a three-act structure for the film’s platter. It has got a beautiful chick, her charming young lover, and his best friend who shares a mutual affair with her, setting up the grounds for a dark but simplistic action thriller. Add a few heavy themes and some political energy to the film and it ultimately gets elevated from its barely serviceable nature.

However, German director Lorenz Merz acts like a strange beast. He is convinced of the story he chooses to tell, but he is not persuaded by how his contemporaries update the formula. Instead, he creates his crazy universe, streaming rivers of blood in a forest full of creatures and throwing his characters so organically into the madness that the approach in itself becomes the stuff of dreams, the kind suspended between sweet and dreadful. I, for one, was wholly invested and strangely satisfied by this unique mix of mainstream melodrama and bizarre indie writing choices.

He doesn’t eliminate logic from the picture, because he traverses very tough realism throughout the film. I have seen an affectionate portrayal of premarital and young fatherhood in Bing Liu’s documentary Minding The Gap, but the grounds were still built on a certain degree of maturity and vulnerability. In Soul of a Beast, our protagonist Gabriel is a teenage father who has to keep his shit together alone in a desolate apartment. His ex-girlfriend, and the mother of his little son Jamie, is a rich juvenile girl with little responsibility. Gab spends most of his time looking for subsistence, partying, drinking, occasionally calling his mom, and hanging out with his best friend Joel. 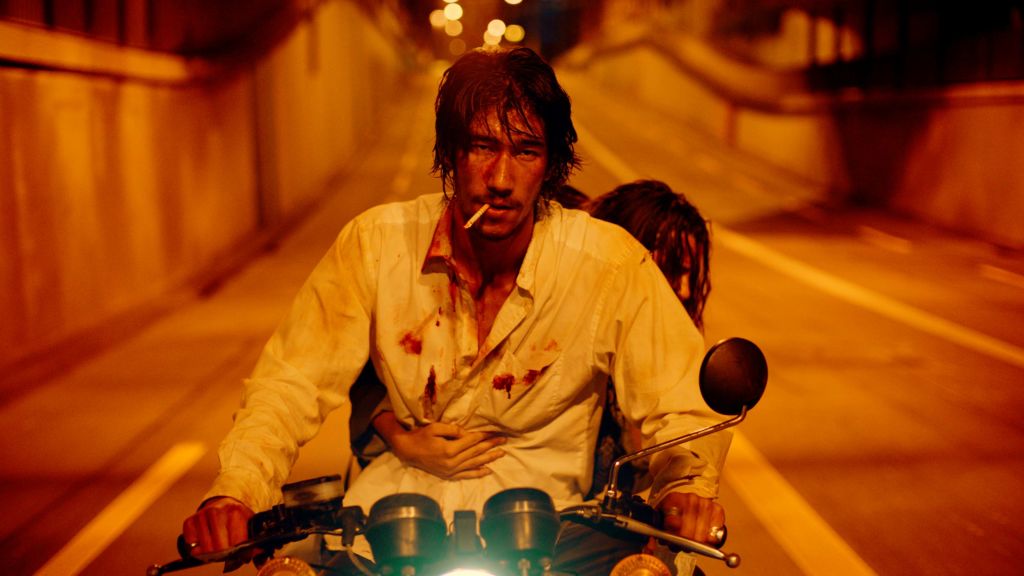 However, the entry of Corey, who is Joel’s girlfriend, into Gab’s life is not the high point of their love triangle. The alternative romance has a slow build-up, pieced right until the climax. The conflict between the two men and the end of their delightful friendship is sad but it isn’t the cookie-cutter either. The realizations are way more subtle and richly imbued than they would seem to be. When Gabriel has finally taken the most major step in his life, he is gutted into darkness all by himself. The wilderness situated in his heart is more depressing than the curfew-ridden protest his city participates at.

<center>But the film is not designed to be a battle between a person’s inner and outer agitations. A state’s rebellion is the least of its dilemmas. In Gabriel’s state of mind, fantasy has replace reality. It’s not just his actions that confirm so. He is anything but a madman due to the loss of love. We get the bond he shares with his son.</center>

It’s just in the cursory approach of Lorenz and his camera. He slaps a range of challenging visuals into the viewer’s mind. He doesn’t restrict it to the hyper-violent, bloody and electrifying action sequences. We get a giraffe, whose long neck serves as the man’s long-drawn war with a rather haunting past. There’s also an almost Shakespearean feminine ghost draped in a textured, silkened shawl. We even get a couple of surreal sex scenes. We also get samurais emerging from nowhere. In this world, a boy and girl in a nearly intimate moment in a jungle get interrupted by militants draped in leaves and black paint. We get an overwhelming call back to Wong Kar-Wai’s Fallen Angels, and his trademark cinematography infuses its place completely.

Soul of a Beast seems to be built on phantasm. This film happened when the director’s son was born and that came with the death of his friends. He describes it as “an identical sensation- as if catching a glimpse through a sudden crack in the empty sky.” We feel that. The film is disgustingly entertaining. 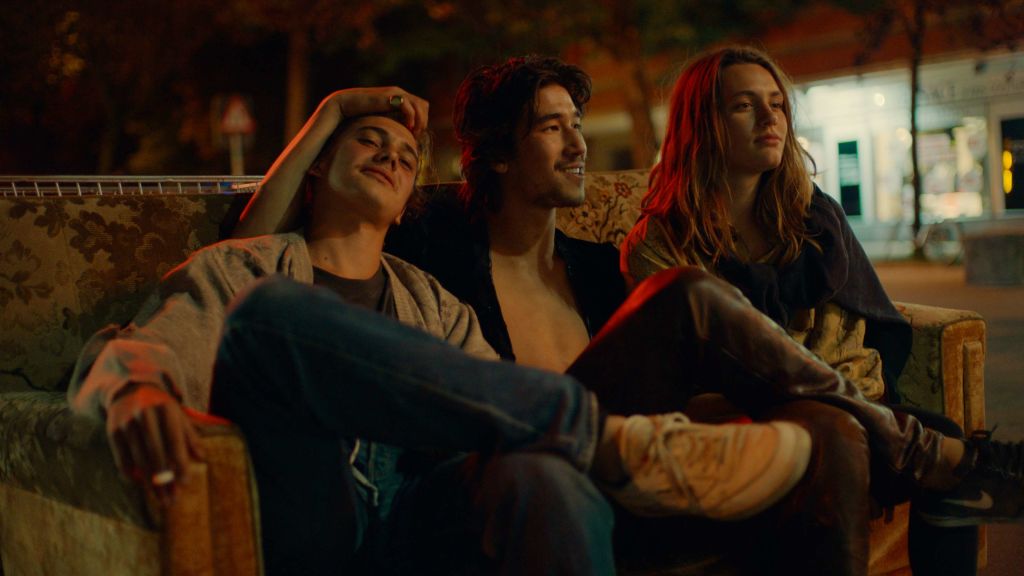 However, Soul of a Beast isn’t an empty assortment of sights and sounds. The acting is brilliant as well. Pablo Caprez is such a joy to see on screen! His arc is bleak and uninviting. And yet, there’s such tantalizing allure and energy to him that you’re bound to erupt into applause. Swiss actress Luna Wedler doesn’t enjoy too much screen time. However, she bursts with genuine promise in her moments. We also have the sparkling Tonatiuh Radzi as Joel, reflecting pain and glory constantly. Ella Rumpf doesn’t get the kind of material she got in Julia Ducournau’s Raw (as the elder cannibalistic sister Alexia). However, her energy and confidence as Corey are appreciable.

Soul of a Beast has minor pacing issues in the second half. Also, the writing in the first half doesn’t cohere as intelligently as it does subsequently. Nevertheless, it’s one of the most visually impressive films you’re going to see this year. It’s a dare for the eyes and mind to assimilate insanity.