They say that you can live an entire life through a simple love story — birth, death, and everything in between. And Swiss-American writer/director Lorenz Merz’s latest feature, Soul of the Beast, plays that out in the most psychedelic and poetic way. He is currently making the festival rounds, having been nominated eight times for the Swiss Film Award 2022 — breaking a record — and he was nominated for the Golden Leopard and received an honorable mention at the 2021 Locarno Film Festival. The Gen Z Greek tragedy made its U.S. premiere earlier this month at Miami Film Festival and was most recently screened at the DC Independent Film Festival. The praise and accolades are well-deserved.

Soul of the Beast, loosely semi-autobiographical of Merz’s experience as a teenage father, is the story of 17-year-old Gabriel, who’s raising his young son Jamie alone while Jamie’s mother battles mental health issues. While this might sound like your typical coming-of-age drama, this is anything but. While trying to juggle his responsibilities and his social life, Gabriel falls head over heels for his best friend’s (Joel) girlfriend, the enigmatic and cool (verging on “manic pixie dream girl,” but with a little more substance) Corey. But Gabriel isn’t completely honest about his fatherhood which comes back to bite him when Joel finds out, and Gabriel’s life and love spiral out of control, and the line between reality and imagination starts to blur. But even this doesn’t do justice to describing this film because Merz so masterfully blends so many genres and styles within the 110-minute runtime.

Mixing Samauri hero’s journey, sci-fi elements, teenage coming-of-age love story, and everything in between, Merz delivers a film that is hard to really nail down in terms of genre. The film opens in Japanese with a samurai voiceover serving as Gabriel’s inner self. The voiceover reoccurs throughout the film as Gabriel’s inner imagination begins to spill out into reality. The rest of the film is in Swiss-German and French with just the languages alone, making the film a beautiful melange of cultures and perspectives. 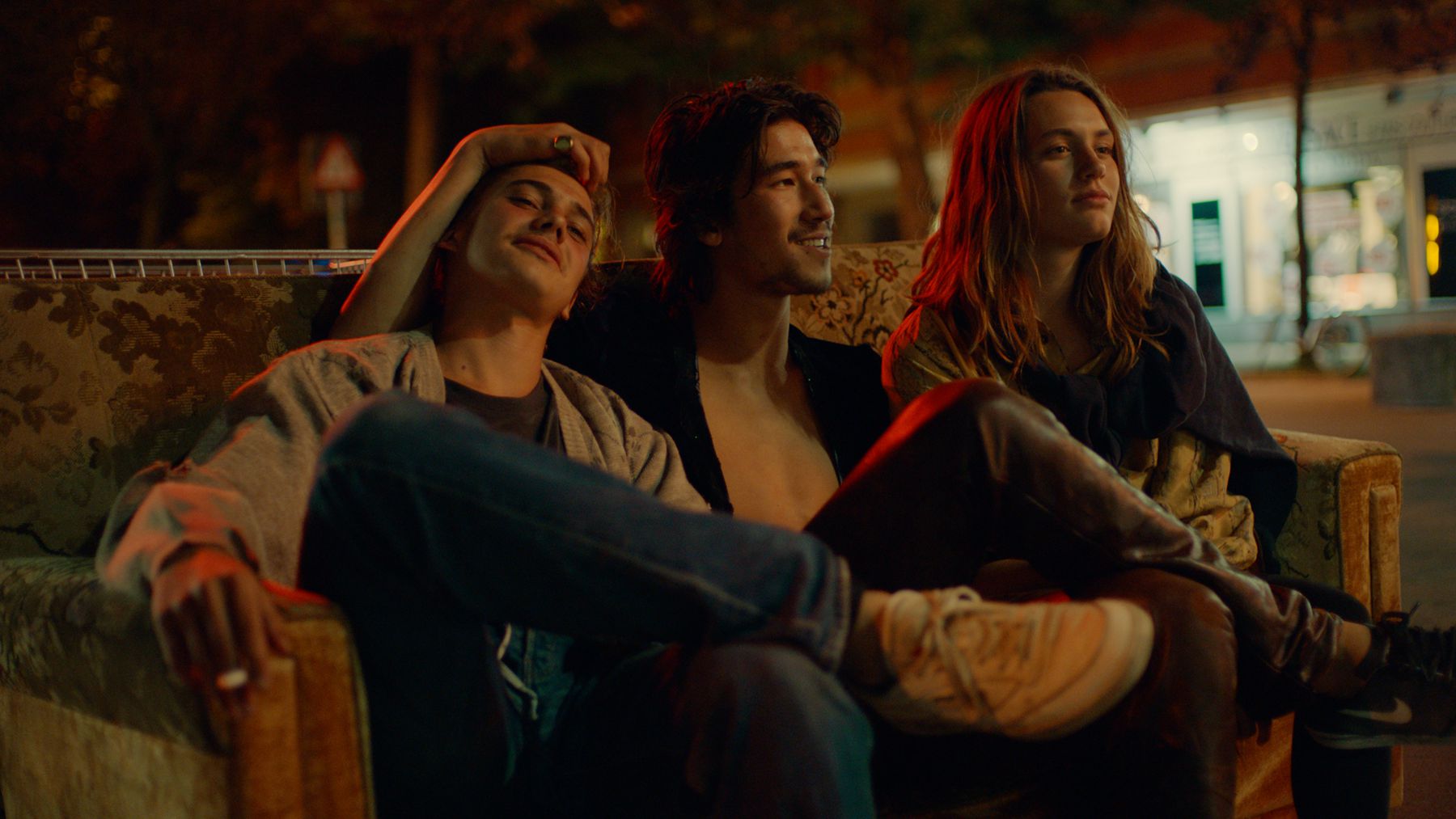 Soul of the Beast is raw, gritty, and trippy yet beautiful and ethereal — think Kids and And Tomorrow the Entire World meets In the Mood for Love. Merz masterfully makes the film’s storyline and visual elements so enthralling that you can’t look away because you have no idea what’s going to happen next. It delivers life’s harsh blows in a beautiful and tragic way. It’s not one of those films that unveils itself linearly where you can predict what is going to happen next — the tried and true formula. Instead, it’s a topsy turvy — what’s real, what’s not — a roller coaster of a ride that all seems to come back together in the end. But it all seems to work because the story itself is relatable (the first true love is a doozy) and tender yet raw and tragic, but Merz directs it with such a delicate touch that the grittiness is balanced out with the emotionality of the film.

Although the direction and beautiful cinematography really make this film pop, the superb acting really brings this story to life. Soul of the Beast uses a mix of first-timers/newbies and seasoned actors. Gabriel, who is brought to life so effortlessly by Pablo Caprez, and his best friend Joel, is so enthralling — and they’re both new to the acting scene. Meanwhile, Corey, played by French actress Ella Rumpf, is so effervescent and Swiss actress Luna Wedler just embodies the role of Zöe battling mental health issues. The two female leads have been in the game for a while, but the natural connection and chemistry are undeniable when they are all paired together. But the actor who really steals the show is the young Jamie, played by newcomer Art Bllaca — he’s so emotive. He really brings his character to life while only ever uttering a few words throughout the film’s entirety.

On top of great acting, one would be remiss if they didn’t speak on the breathtaking cinematography. Merz was also director of photography on this one, along with Fabian Kimoto. Their great use of color and camera work really take this film to the next level — its an explosion of emotions and life that is really exemplified in the depiction of the riot scenes in which the anger and passion are mixed with the unity and revelry that really brings the reality of it to vivid life.

You can’t quite put your finger on what Soul of the Beast is, but it’s definitely worth its weight in gold. It’s transcendental and a thing of art. It showcases the beauty and tragedy in all things — an eternal dance that never stops. It’s a messy progression that straddles the line of reality, and it’s not your mother’s old school Swiss film — Merz brings his cities filmmaking into the new generation, no longer is it staid and proper. This is not a film that you understand intellectually but on a more physical, raw level. This Gen Z tragic love story reminds us to live every day with a lust for life. In the end, the film unfolds at a frenzied pace in a kaleidoscope of emotions and scenes — as if life is fleeting and must be lived with such fervor — rarely allowing you to come up for air. But in the end, when you do come up, you realize you’ve just witnessed something beautiful that will stick with you long after the last credits roll.