The stories that have been told of lesbian romances have been limited. This isn’t a new statement. Most people know that queer cinema — like all cinema — is far, far whiter than the world we live. But this is usually spoken about in terms of inclusivity, and so the response in recent years has been to plop people of color into the same stories that have always been told. V.T. Nayani’s debut This Place is a lesbian romance that has never been told. The romance itself is an escape, a connection, a reminder to both women that they can’t move forward until they look back. The conflicts of the film do not come come from the usual tropes but rather from the scars of colonialism, the challenges of immigration, the fights recently fought, and those left to fight. This is the rare lesbian film with an interracial relationship that doesn’t include a white person, but to celebrate that alone is to ignore the real achievement: the specificity in how the film portrays their cultural backgrounds, the specificity in how the film portrays these individual characters.

The women are Malai (Priya Guns), a Tamal woman whose family immigrated from Sri Lanka, and Kawenniióhstha (Devery Jacobs), a Mohawk woman whose father she never met is Iranian. The film is as much about their separate explorations of their pasts as it is the connection they find with each other. All of these threads of story are balanced deftly, always grounded in the people, the cultures, the places, and the time periods on display. The performances and the filmmaking create a palpable intimacy on-screen, between the romantic leads, between the families. Even as the film deals with serious topics, a warmth pervades. I couldn’t ethically do a full review of this one because I know Devery — and honestly a writer of color could respond to this film in a way I can’t — but I promise Autostraddle will be sure to bring lots more coverage of this one when it gets released! 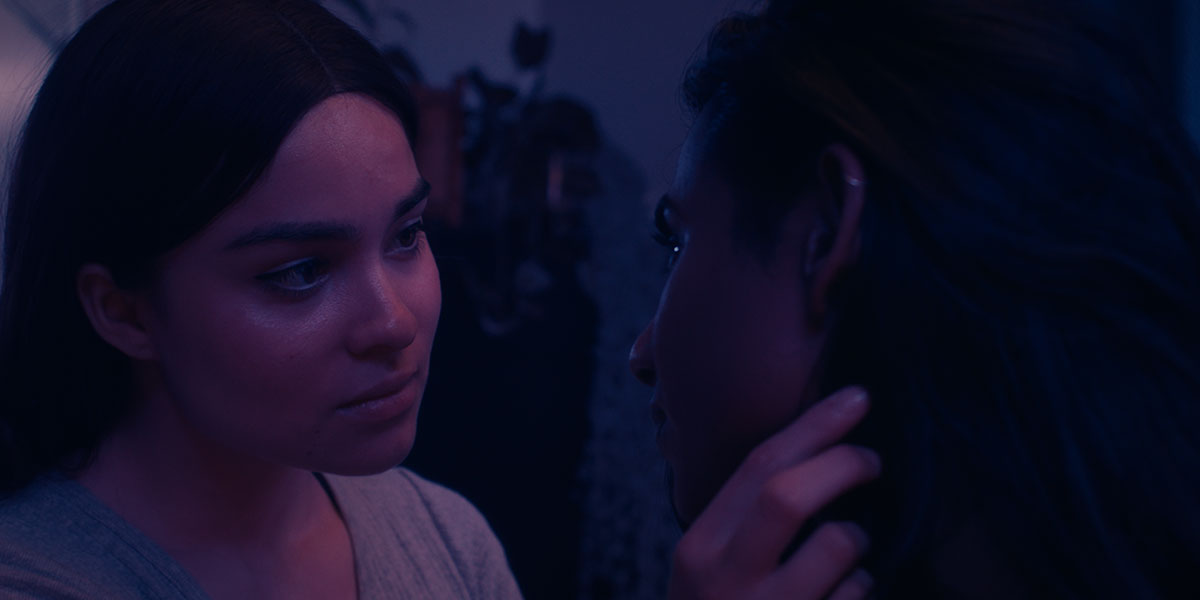 Devery Jacobs and Priya Guns in This Place